Christy Carlson Romano will star in the upcoming independent feature film Bear with Us, starting production in Pennsylvania this summer under the direction of William J. Stribling. Co-written by Stribling and Russell K. Nickel, the film centers around a trip to a cabin in the woods where Quincy (Romano) is the unwitting recipient of the most misguided and elaborate marriage proposal in history. But her would-be fiancé’s plan unravels when a ravenous bear starts picking off characters one by one in hilarious fashion. Nickel describes the film as “kind of like Jaws. But with a bear. And much funnier.”

Romano-who made her big screen debut in Woody Allen‘s acclaimed 1996 musical film Everyone Says I Love You-is known for her starring role as Ren Stevens in the hit Disney Channel series Even Stevens and her Emmy-nominated performance as the voice of the title character in the hit Disney Channel animated series Kim Possible. Romano also starred in the movies Cadet Kelly and The Cutting Edge: Going for the Gold. Broadway credits include Avenue Q, Disney’s Beauty and the Beast, and the original production of Parade.

“Finding someone who could handle the dramatic angle but also had great comedy chops was no small task,” said Stribling. “The script is hilarious, but it needs to stay emotionally grounded in order for it to work. I’m thrilled to have Christy in the film; she’s perfect for the role.”

Ultimately, it was the screenplay that attracted Romano to the project, who said, “The script is what drew me to taking the film; the fact that it doesn’t take itself too seriously but manages to tell a great story and make me laugh the entire time. I’m really looking forward to working with William.”

Stribling’s first feature film, Lies I Told My Little Sister-and his short films, Beyond Belief and Down in Flames: the True Story of Tony “Volcano” Valenci-have been making the festival rounds for the past two years. This will be his first feature film as a writer/director. Stribling says “At its heart, [Bear with Us is] a film about relationships and how far we’ll go to preserve them. It’s easily the most challenging project I’ve worked on to date, and I can’t believe the level of talent I’m surrounded by, both in the cast and crew. I’m excited to get on set and play.” 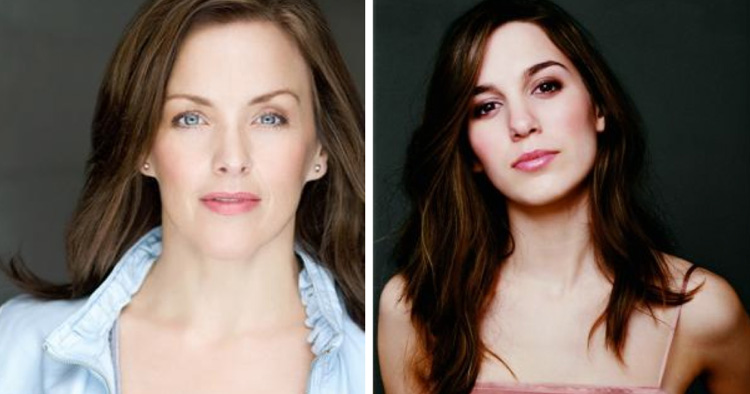