Indiewire:
Review: Blumenthal a B+

“Blumenthal” is a film about three Blumenthals. There’s Harold (Brian Cox), the famous playwright who died laughing at his own joke. There’s his brother, Saul (Mark Blum), an English professor who feels entitled to a bit of Harold’s success and has had some issues, ahem, not letting things… go. And there’s Saul’s son, Ethan (Seth Fisher), a pharmaceutical rep who’s obsessed with finding the perfect fit. He wears nurse’s shoes and can’t stand his girlfriend Christina’s (Mei Melancon) sloppy eating. At the beginning of this tale of three Blumenthals, Saul is sitting shiva for Harold, and Ethan has just dumped Christina. We also can’t forget Saul’s wife, Cheryl (Laila Robins), an actress assessing her age and her career in the wake of Harold’s death. All of our Blumenthals, in their own analytical/intellectual ways, are reeling out of control, trying to exert mind over (bodily) matter and failing miserably.

Written and directed by and starring Seth Fisher, a theater actor making his filmmaking debut, “Blumenthal” signals the arrival of a fresh new voice, one that is distinctly Fisher’s own. The best part of the film is the crackerjack script—it’s fast, funny, fierce, multilayered and loaded with double meaning. Even the small talk over coffee will make you go, “hmm.” All of the moving parts fit together with a click; it’s ironic that Ethan hawks birth control pills and hormone replacement therapy for women, but the one thing in the world he can’t control are the women (and their bodies) in his life.

Saul is also dealing with bodily issues, and once he gains a bit of closure and release from Harold’s mysterious, alluring lover Fiona (Nicole Ansari), he’s finally able to release what he’s been holding onto (in more ways than one). Even Cheryl seeks a consultation from a plastic surgeon in an attempt to exert some control over the body that she no longer seems to recognize (who knew all she needed was a consultation from the dog walker?). All of these themes and moments fit together and find satisfying resolution within the script, building upon themselves in layers upon layers. The framing device of Harold’s Charlie Rose interview works to remind us of his looming presence in their lives; of how they can’t escape him, and they can’t escape themselves.

Where the script really hits its stride is when Ethan talks about himself, usually with his friend Isaac (Alexander Cendese), a fellow drug rep. The quips and non-sequiturs and neologisms fly fast and furious out of Fisher’s mouth, who portrays Ethan as a bit of an automaton, but not one without warmth. Many will compare him to Woody Allen because of the setting and characters and neurotic self-obsession, but Ethan would not approve of Woody’s messy flailing about. He’s profoundly OCD, and at first, a bit of a jerk, but his self-awareness warms you to him as well as his ability to change. He’s not unsympathetic, as seen in his relationship with his father and stepmother, but he’s a unique character, in all of his quirks and foibles. It’s very hard to put forth an unlikable protagonist, but Fisher smartly contrasts Ethan within his environment. This is not a world where Ethan’s behavior is valorized, and in seeing this, the audience, confronted with his misanthropic qualities, can enjoy watching him try to be himself in this world that clearly finds him a bit of an odd, yet lovable duck, too.

There are some issues with the pace of the film. The scenario with Fiona takes on a bit of a mystery feel to it initially, but that doesn’t get going quickly enough and is too easily resolved, leading the audience down one path only to pull the rug out without much fanfare. Every scene is so measured and controlled that it falls into a distinct repetitive lulling rhythm that could stand to be broken up more often than it is. When it does open up, such as when Ethan dashes through the streets of Chinatown, it’s an exhilarating breath of fresh energy and air.

It would be a crime not to mention the fantastic score by Noah and the Megafauna, a Los Angeles-based ensemble, also featured in Judd Apatow’s “This is 40.” Their modern take on gypsy guitar-based jazz is a great addition to the film, bringing that traditional Eastern European sound with a new twist to the material, and it fits in brilliantly. In fact, its new twist on traditional material is a great metaphor for the film itself, as “Blumenthal” treads familiar ground in new and fresh ways. Heralding the arrival of Seth Fisher as a voice to watch, “Blumenthal” is much like its characters: a frankly funny and original piece of work. [B+] 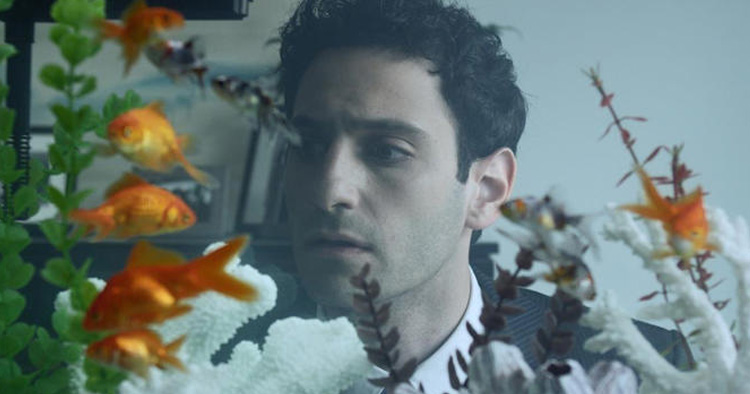