As pretty much anyone with any in-the-field experience with modern dating can tell you, it doesn’t take long for encounters with romantic potential to turn into unbelievable comedy. As such, it’s no surprise that many up-and-coming comedians, actors, and directors have taken to mining their own dating experiences for new web series — à la Local Attraction, Connor Hines’s wildly popular and hilarious miniseries about Tinder disasters. From whispering in silent coffee shops to suffering while single during the holidays, here are four funny new web series about dating, perfect for binge-watching in bed on nights when you can’t muster the strength to get out there yourself.

“I was swimming in a plethora of bad dates — I felt compelled to do something with them,” says Alexandra Kern, the writer and creator ofSingleDumb, which chronicles the online-dating exploits of “Alex,” a twentysomething Brooklynite. According to Kern, the series, which launched in October, mirrors her own New York dating experience quite closely. “I mean, these dates were so bad, some of my friends didn’t even believe me,” she explained. “How am I standing on Sixth Avenue on a first date with a guy I barely know and meeting his friend, a homeless woman? Things like that.” Other drawn-from-life dating humiliations include an entire first date spent whispering in a coffee shop and a man who belligerently insists on sleeping in his jeans. 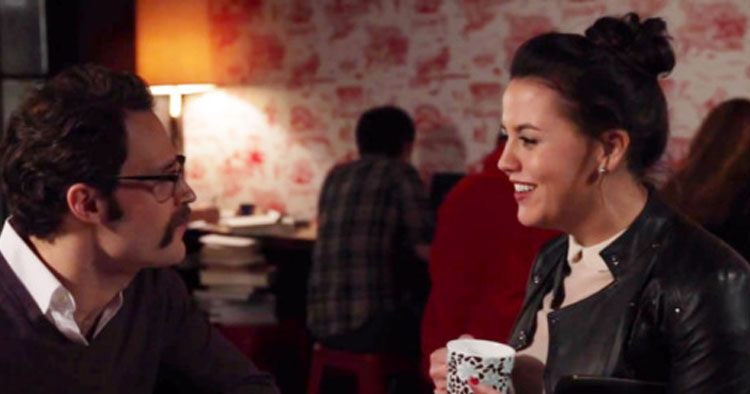