Nerve:
Hilarious Series Probes into the Cluelessness of Single Life

Many people before her have attempted to inspect the genus of the modern date — from Kirra Cheers’ intimate portraits of her Tinder dates, Connor Hines’ Tinder-inspired “Local Attraction” series, to the now-aged pantheon of Sex and the City episodes. But few borrow so freely and candidly from their own personal lives as writer and performer Alex Kern.

In her new web series SingleDumb, which premieres today, Kern welcomes the camera into the follies and triumphs of her dating life. Delivered in bite-size three-minute episodes, SingleDumb tells the story of Alex, your typical single twenty-something urbanite, as she stumbles through a litany of fun, bizarre dates. Within the early episodes, Alex encounters a motley crew of single guys — from a man who won’t take off his dirt-stained skinny jeans in bed to a dude deadset on falling in love by date two.

Around two years ago, Kern began accepting the invitations of set-ups from friends and took on the world of online dating. Before that, she had never dated, really. Kern tells me, “it was like a shit storm of bad dates. I mean dates that were so horrendous, they couldn’t possibly be true, but, oh, they were. For example, on a first date at the movies, one guy offered me a hard-boiled egg during the opening credits. I was horrified but I didn’t leave! I can’t leave at the beginning of a movie.”

It took her a while to realize that not only were her dates not going well, but she herself needed help dating. “I wasn’t being honest with myself, I wasn’t really listening to myself, I was being a little ‘dumb,’ so to speak. Like, if the guy is a jerk, leave, you don’t owe him anything […] My lack of social intelligence was profoun,d hence the title SingleDumb. I know that there are many of us out there who have no idea how to do this whole dating thing. I am certainly one of them, now perhaps a more improved version of my former dating self,” Kern admits.

The idea broke ground on the standup circuit, where Kern collected her stories, turned them into scripts, and began shooting the series in an experience she calls “very cathartic and much cheaper than therapy.” Kern started in traditional theater. After college, she moved to New York to go to The New Actors Workshop, a two year acting conservatory. In the last three years, she’s joined classic comedy theater troupe Upright Citizens Brigade, during which she’s found inspiration from comedy luminaries like Lena Dunham, Abbi Jacobson and Ilana Glazer of Broad City, and the folks behind “High Maintenance.”  Her comedy roots are alive within every detail of the series — typical episode of SingleDumb borrows from the traditional Seinfeld format with a split between Kern’s standup and her fictional performances. “I’m just going to start saying yes to everything,” she proclaims in the premiere episode, and then proceeds on a date with a man who prefers whisper-quiet cafés to true romance.

Each episode comes from a place of truth for Kern, who really did endure some of the more mortifying experiences from her series. The premiere, she says, was “pretty much identical to what happened to me. It was one of my first OkCupid dates at a coffee shop in the East Village. I felt like I was in a library and we whispered the entire time.” While Kern sings the praises of dating both on and offline, she thinks the trap of contemporary dating lies in the paradox of choice. “It’s easy to get lost in the whole ‘what does it all mean’ thing today,” she tells me. “Do you like someone? Do you want to get in his or her pants? Do you want to hang out with him all the time? Okay, great. Then you should go for it. Don’t send him a snail emoji — that is just confusing.”

What was it like reliving even her worst dates? Kern took it all in stride, finding the rearview web series evolved her singledom into something, well, less dumb. “It was a thrill to have my imagined world come to life especially when the origins of the event were real. It also allowed to me to look back with a completely new perspective. Basically, I was experiencing it all over again with an intelligence that I hadn’t previously had. That was exciting.” If only we all could be so lucky. 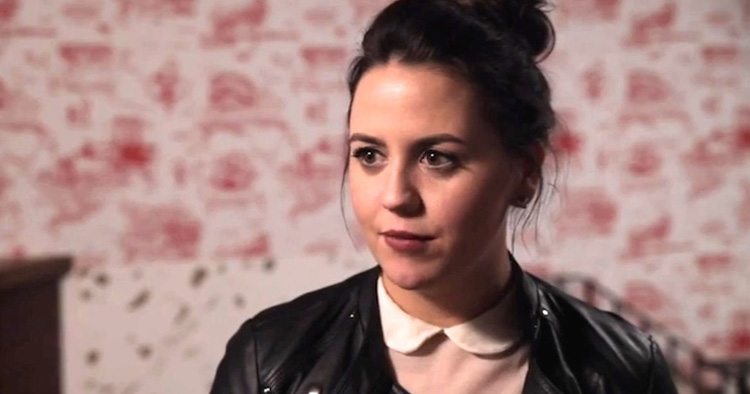