Last week, at the Santa Barbara International Film Festival, actor Seth Fisher premiered his debut feature film, “Blumenthal,” in which he takes a multi-hyphenate approach to independent filmmaking, as writer/director/star/editor/and more. “Blumenthal” tells the story of a New York City family reeling from the sudden death of famous playwright Harold Blumenthal (Brian Cox), who dies laughing at his own joke. Brother Saul (Mark Blum) feels that Harold stole his ideas, his wife Cheryl (Laila Robins), an aging actress is dealing with her own issues about her body and mortality, and Saul’s son Ethan (Fisher), is an OCD pharmaceutical rep with a few particular issues with women. Back when he only had a first draft of his script, Fisher launched the blog watchmemakeamovie.com, chronicling his process of independent filmmaking, and garnering fans along the way who contributed to his crowdfunding campaign to make “Blumenthal” a reality. We sat down with Fisher in Santa Barbara to for a wide-ranging discussion about everything from modern relationships to the perfect recipe for how to make an independent film (shhh, there isn’t one). Keep reading for some highlights from our discussion and check out our review of “Blumenthal” here. 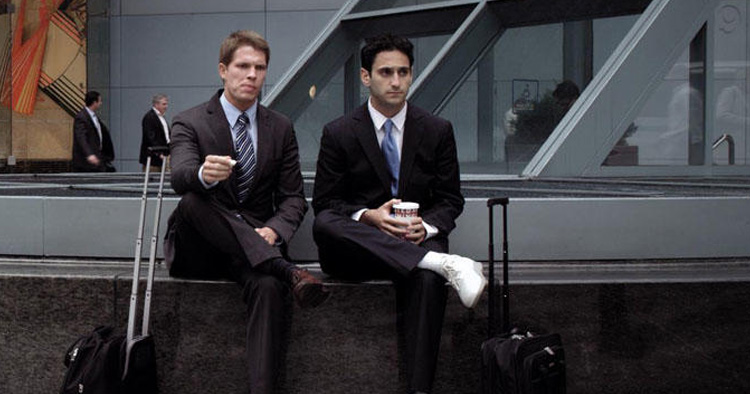