Tara Subkoff’s new thriller #Horror, which follows a group of pre-teen girls who face the ire of a killer after partaking in social media cyber-bullying, is out today. Erika M. Anderson – better known asEMA – composed over an hour’s worth of new material for the film, which stars Chloe Sevigny and “Orange is the New Black” actress Natasha Lyonne. Her compositions will be featured on the film’s soundtrack, due out December 11. Today, EMA has shared one of her#Horror contributions, “Amnesia Haze”. Listen to it below.

Here’s what EMA had to say about the score:

We worked really closely with Tara [Subkoff] on the music. She definitely always had an opinion on what she liked and what she didn’t. It was my first score, so I’m not sure if all composers end up spending weeks in a room with the director, but that’s how we did it.
Leif [Shackelford[ and I kind of ended up dividing the work, with him doing all the string parts and me writing the main themes.  We were going for something modern that also recalled classic horror genre music. I love the eeriness of the vocal synth samples and I think it gives the score a very uncanny vibe that matches the themes of the film.

Read our interview with EMA here. 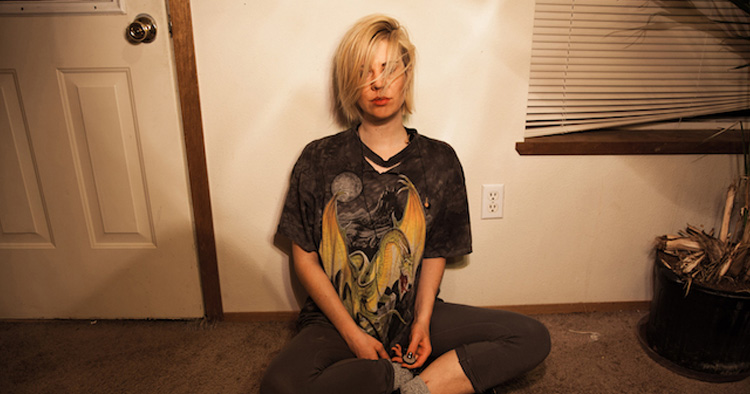