Penny Dreadful, Showtime’s macabre new literary-horror-meets-Victorian-psycho-sexual-thriller, premiered last Sunday to stellar reviews, but that’s not all the new show has up its lacy sleeve. At locations in Los Angeles and New York, Showtime has also unveiled these ominous interactive window displays that project a Victorian London street — complete with bats, spiders, and werewolves.

Using LIDAR Lasers and a new technology called Live Vinyl (where LED panels backlight printed vinyl), the displays include silhouettes of actual characters from the show, and the depth-measuring lasers capture each and every passerby. That means that, as you’re strolling past this Victorian London scene, the characters and creatures may decide to interact with you — so beware.

Created by Future Colossal, these interactive windows also include peep holes to peer into if you’d like to get a closer look at vignettes from the series. The technology also allows you to create your own Gothic animated gif, so you’ll get some sinister social media bragging rights as well.

Penny Dreadful’s interactive windows are on display through May 18 in New york (on 21st Street and Broadway) and Los Angeles (at the Roosevelt Hotel, 7024 Hollywood Blvd). 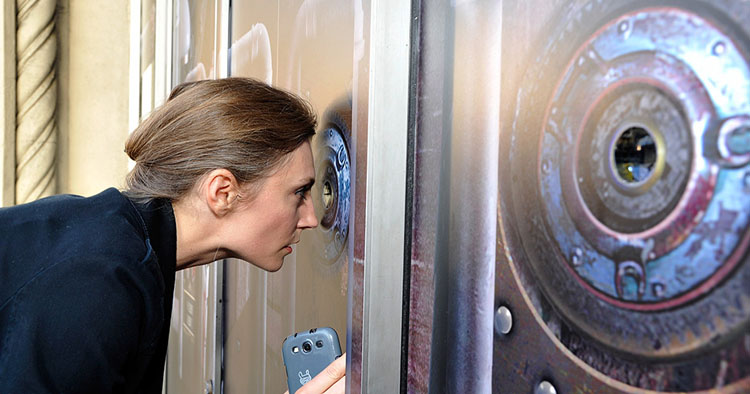